Mary Platt, Chancellor-Elect of the Philadelphia Bar Association and attorney at Fineman Krekstein & Harris P.C., delivered remarks today on behalf of the Philadelphia Bar Association at the Naturalization Ceremony. The Honorable Eduardo C. Robreno presided over the Ceremony which was held in the Ceremonial Courtroom of the U.S. District Court for the Eastern District of Pa. Ninety-one people from many different countries took the Oath of Allegiance to the United States and became U.S. citizens at the Ceremony. The National Society of the Colonial Dames of America in the Commonwealth of Pennsylvania also performed a Parade of Flags at the Ceremony that portrayed the history of the United States. 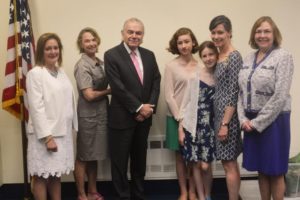 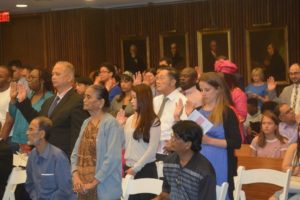 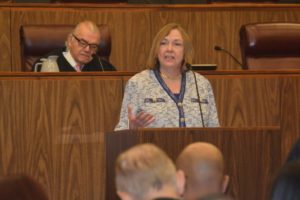